She worked in cardiovascular services, including the cardiovascular unit, stress testing and cardiac rehab at Northern Michigan Hospital and Cheboygan Memorial Hospital prior to becoming a nurse practitioner in 2008. Since then, Rebecca has worked as a family practitioner with Mackinac Straits Health System.

Currently, Rebecca is working with Dr. Daniel Wilcox in orthopedics. She sees patients in the St. Ignace and Mackinaw City clinics, and assists Dr. Wilcox with surgical procedures at Mackinac Straits Hospital. She specializes in diagnosing and treating acute and chronic ailments of the knees, hips and shoulders, and is proficient at joint injections. She is also able to see patients requesting CDLs and pre-employment screenings.

Rebecca is a native of Pickford, Michigan. She moved to St. Ignace in 1999 after marrying her husband, Steve. They have two children, Libby and Jack. Rebecca enjoys hiking, running, biking, yoga, cross country skiing, boating and helping maintain local trails with her husband in their free time. 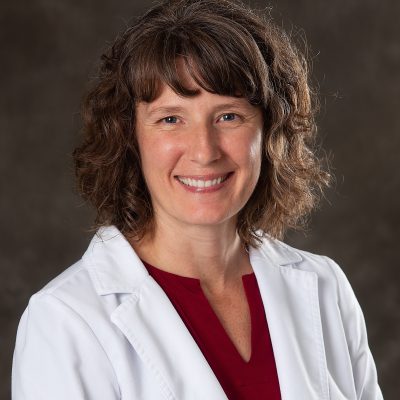